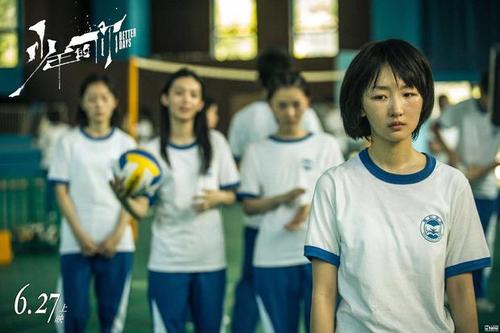 Directed by Derek Tsang and starring Zhou Dongyu and Yiyang Qianxi (also known as Jackson Yee), the movie tells the story of a high school student who is often subjected to bullying and later becomes caught up in a murder.

The topic of school bullying struck a strong personal chord with Chinese audiences after its debut in China in October 2019. It's a nationwide problem that has existed for years but was rarely broached in Chinese films.

It soon became a national hit, raking in many nominations and prizes.

The 93rd Academy Awards will be held on April 25.